Free radicals are an important factor in human aging, so resistance or elimination of free radicals is the focus of slowing down human aging. Therefore, this article details how glutathione resists and scavenges free radicals. Help the body slow down aging.

Glutathione is a short peptide consisting of three amino acids (glutamic acid, cysteine and glycine) that is present in every cell of the human body. Glutathione is mainly composed of two forms, reduced glutathione and oxidized glutathione. (As shown below) 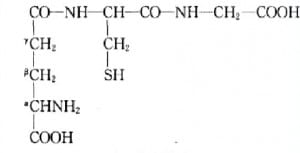 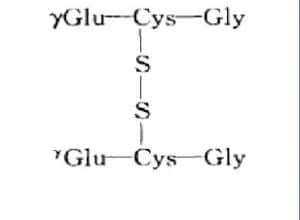 Here is a detailed introduction to glutathione, it is recommended to view.

Free radicals are involved in many physiological processes such as atherosclerosis, diabetes, stroke, inflammatory reactions and cancer. In the human body, the direct result of free radical oxidation is lipid peroxidation, which leads to the cleavage of the cell membrane and eventually to cell death. At the same time kicking widely used antioxidants such as vitamin E, vitamin A, vitamin C, glutathione and antioxidant enzymes such as glutathione reductase (GR), glutathione peroxidase (GSH- Px), superoxide dismutase (SOD), catalase (CAT) can inhibit the biological effects of free radicals.

Epilepsy is a recurrent episode of chronic neurological disease in which a sudden abnormal discharge of brain neurons leads to transient cerebral dysfunction. Studies have found that the amount of reactive oxygen species and superoxide produced in the brain is greatly increased during the pathogenesis of acute attacks. Excessive free radicals promote the abnormal increase of excitatory neurotransmitter glutamate by inactivating glutamine synthetase. , leading to an acute epileptic seizure.

Glutathione is an important metabolite in the human body. It has many biochemical effects on cells, can remove superoxide ions and other free radicals in the body, protect the integrity of cell membranes, and has the function of resisting ester oxidation, thus maintaining normality. metabolism.

The production and accumulation of free radicals in organisms can lead to the inactivation of biological macromolecules such as nucleic acids and esters, and damage to the body, such as diabetes, atherosclerosis, aging, cancer, etc. are related to ester peroxidation. Free radicals are multifaceted in damage, which may affect the cell’s antioxidant defense system, reduce the activity of intracellular antioxidant enzymes, increase the concentration of reactive oxygen species, and promote tumorigenesis. Glutathione is the most low-molecular peptide in the cell. It is the main non-protein sulfhydryl compound in tissues. It is a low molecular scavenger that can scavenge superoxide ions and other free radicals in the body and protect against peroxides. And free radical damage to the cell membrane, can stabilize the thiol-containing enzyme, prevent hemoglobin and other cofactors from oxidative damage, detoxification of the base cells.

So if you want to buy glutathione or learn more, you can click here to send your request.