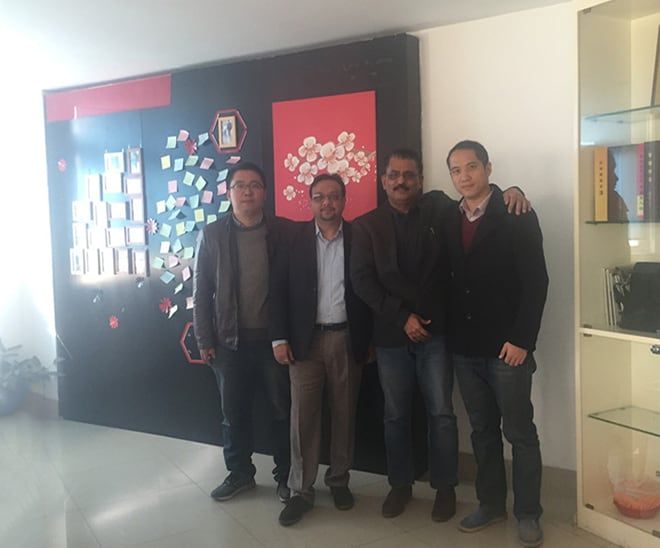 We have sent sample to Rajesh in October of 2016, as the test is very strict, they didn’t complete the test until mid-January 2017. Customers are very satisfied with the test results, they want to visit our factory immediately. We originally planned to invite customers to visit the factory after the Lunar New Year, as there is less than a week is the Chinese New Year. But the customer said the sample has been tested and qualified, they hope that we can cooperate as soon as possible, so that we can immediately order the operation after Chinese New Year.

Rajesh visited the production line of EDTA chelating agents, he is a professional procurement staff, familiar with the company production, testing and packaging, and other aspects. Rajesh gave us a high rating after his visiting. Then Rajesh and our manager agreed on the details of the order, and the first trial orders will be carried out immediately after Chinese New Year.